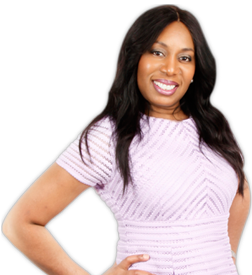 According to the (National Domestic Violence Helpline 0808 2000 247), domestic violence is a pattern of behaviour in any relationship that is used to gain or maintain power and control over an intimate partner. Physical, sexual, emotional, economic or psychological actions or threats of actions that influence another person may all be part of the dynamics, including any behaviour that frighten, intimidate, terrorize, manipulate, hurt, humiliate, blame, injure or wound another individual.

2. Approximately 4 million women are victims of severe acts of Domestic Violence every year.

While domestic violence can happen to anyone of any race, age, sexual orientation, religion, socioeconomic status, or gender. My experience of working with women survivors at a woman refuge several years ago has aided me to break my silence and share my story as a survivor of domestic abuse.

Although personal safety and a violence-free life are the first and foremost issues for anyone who is the victim of domestic abuse. The long term healing process involves recovery from cumulative trauma, often posttraumatic stress reactions, and almost always personal shame and loss of self.
After hearing countless stories of domestic abuse and the Death of the 15 year old school girl ArsemaDawit, who was murdered at hands of her x-boyfriend in 2008, plus watching the documentary Murder by my boyfriend and my own personal experiences as a survivor.

I have made it part of my mission to raise awareness; educate women and girls of the effects and prevention of Domestic Abuse.

Domestic Violence is a global affair and we all know someone who has been a victim of domestic violence; be it your sister, mother, colleague, friend or neighbour. As you may know domestic abuse affects millions of women all over the world. In most cases children who are exposed to violent abuse often experience significant trauma which can impacts their emotional and social wellbeing.

It can happen to anyone. Domestic Violence is REAL!

To get involved in the Break the Silence conference contact us now.

To support our campaign or make a donation, or purchase your Ticket.

I have worked with